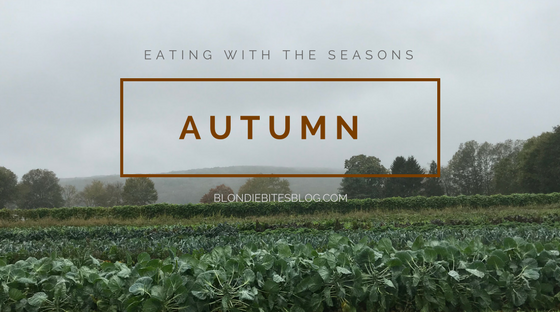 Fall is harvesting season, you know… that thing our ancestors used to do, they would work hard all year for the anticipation of a bountiful fall harvest and depending on the rain, summer heat, and pesky bugs Mother Nature would deliver.

Unlike today, where… we don’t have to worry about too much, or too little rain, because we have sprinklers, or summer heat because if the crops don’t grown well where we are, we can outsource from someone else FAR FAR AWAY. And bugs? What even are bugs, we have pesticides that kill off all sorts of bugs, friend or foe.. including our friends in our microbiome that keep our immune systems in-check and our digestion working properly. You don’t want to even get me started on the subject of pesticides…

As 21st century humans we are so out of touch with the natural world around us, we forget that there are seasons  in which some crops thrive and other perish. We are used to having whatever we want on demand at all times. I’ll be honest though, I do like having the accessibility to AVOCADOS 365 days a year. But thats not how its supposed to be, so this fall I’m going to pay extra attention to “eating with the season”. That’s why I’ve created this post as a place to compile my research for the best foods for the fall season!

I’m a big fan of Traditional Chinese Medicine so a lot of my insight will be drawn from such teachings, along with other things I gather along the way. I’ll have Pinterest board of recipes I collect, as well as a few of my own creations on the blog.

Let’s Start: Why Eat by the Seasons?

I’ve made a list of foods that are traditionally extra nutritious in the fall according to Traditional Chinese Medicine, but this may vary depending on your area. For the most part pay attention to what is being offered at your local farmers market. The crops there will give you an idea what is indigenous to your area at this time of year!

Here are a few of my favorite recipes, some my own other borrowed, that I LOVE for this fall season.

Rustic Leek Gratin | A Squirrel in the Kitchen

Roasted Bone Marrow | A Squirrel in the Kitchen

If you have a recipe that meets The Food Standards post it in the comments and I’ll be happy to add it to my list and my Pinterest board!

Bite Me, With Love

Find a Great Recipe or Health Tip? Share it!

View all posts by blondiebitesblog

Product of the Week

Yoga Fanatic, Health Food Junkie, and Candida Crusher. Join me on my quest to live my healthiest life as I avoid Gluten, Dairy, Soy, Corn, Casein, Pesticides, GMOs and the toxic materials lurking in your home and beauty products!